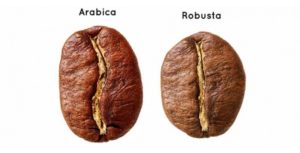 Coffee comes from the Latin word Coffea, its part of the family Rubiaceae which includes over 6,000 species of tropical trees and shrubs.

Coffee is a tropical plant which requires a specific climate for cultivation – sun, rain, wind, soil, and the right temperature are essential for the coffee crop. Coffee’s arch enemy – apart from pests – is low temperatures. That’s why the best coffee comes from warm Countries. The worst coffee devastation was because of frost. This was in the south of Brazil in the mid 1990’s – it caused so much damage and the coffee  price went sky high.

Cold weather damaged the trees and consequently the ability of the trees to produce flowers –  which is where the coffee cycle begins. When the coffee tree has reached maturity, it will begin to bear fruit in small clusters flowers. These flowers form into the coffee cherries which are initially green in colour and turn red when it’s ready for harvesting.

If you are reading this, I can guess that you are interested in learning more about coffee! So let’s go straight tto the point. It’s time for you to really learn the difference between Arabica and Canephora Coffee Beans! Canephora coffee beans are better known as Robusta coffee beans.

Theoretically, they are the same in that when harvested and roasted they eventually become those magical beans. However that’s where the similarities end. Robusta and Arabica coffee beans differ when it comes to taste, growing environments, prices and quality.

Arabica beans tend to have a sweeter, softer taste, with much more natural sugar, fruit, and berry flavours depending on the varietal. Robusta contains twice as much caffeine than Arabica which makes it stronger and with harsher taste – some people say that it tastes and smells like burnt rubber or it smells like earth – but some people love it! Italian-style coffees tend to have more Robusta coffee as they like the strong taste and the caffeine!

Robusta is easier to grow. It can be grown at lower altitude and it’s less vulnerable to pests and weather conditions. It also needs less space which helps to keep production costs lower compared to Arabica beans. On the other hand, Arabica coffee beans require a higher altitude environment to grow. It is fragile, not in terms of the soil and climate required. It is also more vulnerable to pests.

Arabica and Robusta beans also differ when it comes to the shape of the beans. The Robusta bean is typically more circular and darker, while the Arabica bean is lighter brown in colour, it is bigger and it has a more oval shape.

Where do the beans come from?

Robusta was discovered in the Belgian Congo (Zaire or Republic of Congo) and it’s the second most cultivated coffee in the World.

Arabica coffee beans are the most popular coffee and most of the coffee produced in the World is Arabica. Arabica coffee accounts for up to 70% of world’s coffee production. There are several varieties of Arabica coffee: Typica, Bourbon, Gesha , Caturra, Mundo Novo, Tico, and several others. Maragogipe is an extremely large forming bean, also known as Elephant Beans. They originated in Maragogipe county in Bahia State region of Brazil. It is now grown in Guatemala, Mexico, Nicaragua, Honduras, El Salvador, and Zaire. Robusta is more popular in Africa and Indonesia. Arabica is also cultivated in Africa and Papua New Guinea, but Latin America is the king of Arabica coffee.

Central and South America have some of the best coffee beans. Currently Brazil is one of the largest Arabica coffee producers. Vietnam is the number one Robusta coffee producer. Colombia produces only Arabica beans. Some countries, like Brazil and India, produce both types of coffee bean.

Where else coffee is used?

Coffee in Coffee Shops are usually Arabica beans – they use it as a badge of honour to demonstrate their high quality coffee! However just because it’s labelled Arabica doesn’t always mean high quality. Also it doesn’t mean that Robusta beans aren’t good quality –  especially in Italian roasts you can find a mixture of both Arabica and Robusta beans that produce excellent coffees. In ‘espresso-land’ – better known as Italy – high quality Robusta is desired because of the crema and flavour it adds to the espresso.

Robusta beans are almost exclusively used in instant coffee and it is designed for those of us that love strong coffee.

ARABICA vs ROBUSTA TABLE OF DIFFERENCES

Arabic v Robust – Which coffee bean is the best?

The question is, which one is better? Well, it’s difficult to have a 100% correct answer to this question. It will depend on personal taste. Some prefer coffee with more caffeine and others prefer more sweet flavours. Now that you know the difference, you should try both beans and make your own conclusion. You can also make some experiments by going to popular coffee shops and specialist coffee shops and try to guess which coffee they are using. The coffee beans at your local coffee shop is probably much better than those giant franchises from around the World! (Not to mention any names!)

We could say that the World preference would be for Arabica beans because it is sweeter than Robusta coffee, and because it has nicer flavour and taste tones.

But we must make an addendum – high quality Robusta coffee will usually taste as good as or better than low end Arabica. However that is not so easy to find as Robusta is generally much cheaper than Arabica beans.

The Espresso machine and the Grinder are also very important factors to ensure a perfect cup of coffee! You need to choose very carefully which coffee machine is the best for your needs.

Check our range of coffee machines, grinders and coffee beans. You can contact us if you need any further information. www.qflowcoffee.ie